The Boy's Volleyball Team is ranked in the top four of the prefecture. For years, it had always been in the finals of the Interhigh and Spring High, only losing to Shiratorizawa. Most of the players are powerful enough to become aces of the team. Most also went to Kitagawa Daiichi Junior High and were invited to Aoba Johsai to join the volleyball team.

Aoba Johsai's most notable players are Oikawa, Miyagi Prefecture's best all-around player and the team's captain and setter, and Iwaizumi, the team's vice-captain and ace with his powerful spikes and serves, and also Kyōtani, a 2nd year that struggles to play along with his teammates but has powerful spikes.

It has been noted that the team's strength is actually based on the star setter, Tōru Oikawa, who balances and brings out all of the players' abilities.

For Interhigh's Miyagi Preliminaries, Aoba Johsai was registered as team 1, Block A. Their venue was the Sendai City Gymnasium, along with Block B. They were exempt from the first round of matches and played over the span of three days (one game on the first day, three on the second, one on the third). After losing to Shiratorizawa in the finals, they became Miyagi Prefecture's Interhigh runner-up.

Aoba Johsai was exempt from the first preliminary after placing within the top four during Interhigh preliminaries.

For the representative playoffs, Aoba Johsai was registered as team 16. They played at the Sendai City Gymnasium over the span of two days (one game on the first day, two on the second). Because they lost to Karasuno, they placed within the top four. 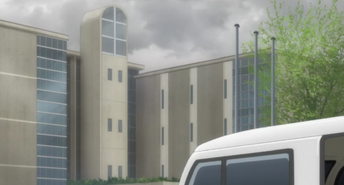 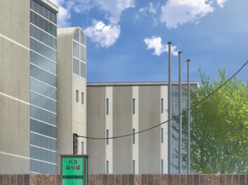 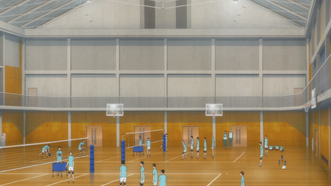 Add a photo to this gallery

Retrieved from "https://haikyuu.fandom.com/wiki/Aoba_Johsai_High?oldid=118603"
Community content is available under CC-BY-SA unless otherwise noted.