Date Tech, like most Japanese schools, has a uniform and dress code. The male uniform consists of a white shirt, yellow tie, dark teal blazer, and grey pants.

The boys' volleyball club's uniform consists of a white tracksuit with teal details. The members wear light grey t-shirts and teal shorts during practice matches. During official matches, the majority of players don a white jersey and shorts with teal details. The libero has a contrasting jersey in teal with white details.

The Boys' Volleyball Club is well-known for its exceptional defense and tall players; it has the highest blocking rate in the prefecture, thus nicknamed the "Iron Wall". In accordance with that name, the team's banner reads "Date's Iron Wall".

The team's employs bunch shift in their blocking, in which all three blockers gather at the center of the court and form a stance there. The blockers would move together to block opponents' spikes and overwhelm them with sheer numbers. There is a downside to bunch shift as it makes it harder to defend the two sides. However, the Date Tech blockers overcome this weakness through their skilled read blocking. This so called "bunch read" has been noted to be absolutely terrifying when synchronized and rehearsed[1].

According to Coach Ukai, Date Tech lost in the 3rd Round to Shiratorizawa and placed in the top 16[2].

For the Miyagi Interhigh Preliminaries, Date Tech was registered as team 6, Block A. Their venue was the Sendai City Gymnasium, along with Block B. Because they lost in the second round to Karasuno, they only played two matches on the first day.

For the first preliminary, Date Tech was registered as team 2, Group 1. Their venue has not been revealed in either the manga or anime. Because they won all three of their matches, they were allowed to move on to the representative playoffs held in October.

For the representative playoffs, Date Tech was registered as team 14. They played at the Sendai City Gymnasium over a span of two days (one game on the first day, one on the second) before losing to Aoba Johsai in the quarter-finals. Overall, they placed within the top 8.

According to Yachi, Date Tech lost in the third round and placed within the top 16[4]. 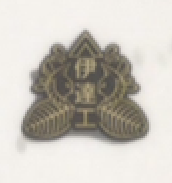