The boys' volleyball club's jacket is white with black trim on the hem and cuffs and two black and gold stripes on the front. The sweatpants are white with a black and gold v-strip down each side. The jerseys are white with gold accents, black sides and short sleeves, the "ics" logo, and "Fukurōdani" written in kanji. During practice matches, the members wear dark blue t-shirts and white shorts.

During official matches, they wear their team jersey and black shorts with a gold stripe on each side. The libero wears a contrasting uniform; a black jersey with details in white and gold[1]. When playing against a team with similar colors, majority of the Fukurōdani players will wear jerseys that are mostly white with gold and black accents while the libero will wear a white jersey with black sleeves.

For the summer training camp, the managers of the boys' volleyball club wore a light blue t-shirt and light grey sweatpants.

The boys' volleyball team is currently a top four team in Tokyo and the ace of the team, Bokuto, is one of the top five aces in the nation, just barely missing the top three. Additionally, the volleyball team has gone to Nationals each of the last three years, coinciding with the ace's attending years. At the 2013 Spring Tournament, they managed to defeat Mujinazaka High, a Top 4 team, in the quarter-finals and later finished as the runners up after losing to Ichibayashi High.

Fukurōdani's most notable players are Bokuto, the captain and one of the Top 5 aces in the nation, and Akaashi, the team's setter and vice-captain.

Fukurōdani's team is also a member of the Fukurōdani Academy Group, which is composed of teams from the Kanto Region. For years, the schools have been holding summer training camps and practice matches with one another.

The school's official representative is an owl, coinciding with Bokuto's appearance and name.

After placing within the top four during the preliminaries, Fukurōdani proceeded to the representative playoffs held in mid-November.

For the representative playoffs, Fukurōdani played at Sumida City Gymnasium along with Nohebi Academy, Itachiyama, and Nekoma. After losing to Itachiyama in the finals, they became Tokyo Prefecture's Second Representative for Spring Tournament.

For nationals, Fukurōdani wasn't exempt from the first round. 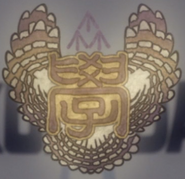