Start a Wiki
Gekijō-ban Haikyū!! Owari to Hajimari (Japanese: 劇場版ハイキュー！！終わりと始まり, Gekijō ban haikyū ！！Owari to Hajimari) is the first of a two-part compilation movies based on Haruichi Furudate's Haikyū!! series. The movie covers the first half of the first season of the manga's anime adaptation. It was shown in theaters nationwide from July 3 to 16, 2015.[1]

The second compilation movie, Gekijō-ban Haikyū!! Shōsha to Haisha, had opened on September 18, 2015.

Shōyō Hinata, after an overwhelming defeat from Kitagawa Daiichi Junior High and their setter Tobio Kageyama in his first ever official volleyball match, attends Karasuno High, intent on finally having a proper volleyball team and getting his revenge on Kageyama. Upon arrival at Karasuno, however, Hinata finds out Kageyama has also gone to Karasuno. Initially at odds with each other, the two form an oddball combination and fight together with the other members of the volleyball club. Karasuno reunites with a former rival school, Nekoma High, in a practice match and reignites their school rivalry. 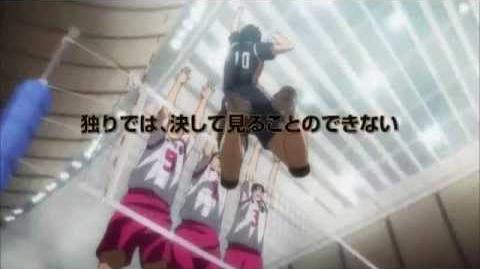 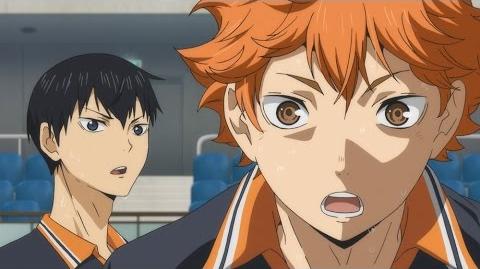 Retrieved from "https://haikyuu.fandom.com/wiki/Gekij%C5%8D-ban_Haiky%C5%AB!!_Owari_to_Hajimari?oldid=64360"
Community content is available under CC-BY-SA unless otherwise noted.