The Japan Men's National Volleyball Team represents Japan in international volleyball competitions such as the Olympics.

The uniform consists of a red jersey with matching red shorts with black stripes on both sides of the shirt and shorts. The jersey has the player's number in white print along with the Japan national team logo. 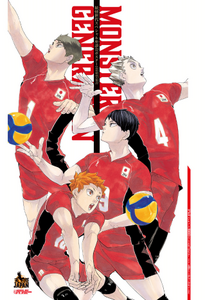 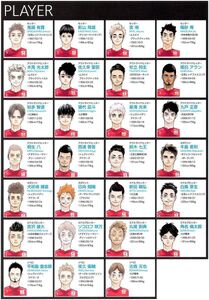