Karasuno, like most Japanese schools, has a dress code, which includes wearing a uniform. The male uniform consists of the classic black gakuran, white collared shirt, cream sweater and black pants. The women have a different uniform, which consists of a white blouse, red ribbon, cream sweater, black blazer, and a grey skirt[1]. However, since many students are often seen without the cream sweater and wearing t-shirts instead of the collared shirt, it is assumed that the dress code isn't strictly enforced.

The boys' volleyball club's uniform consists of a black tracksuit with white details. The members wear white t-shirts and black shorts during practice matches and often don a yellow sports bib on top. During official matches, the majority of players don a black jersey and shorts with orange details. The libero has a contrasting jersey in orange with black details.

The girls' volleyball club uniform consists of a black jersey and shorts, with white details. The shoulder area and lining is white, as is the team name boldly depicted at the front. The body and side-stripes of the uniform are black, and their backs have small white triangles highlighting the shape of the shoulders. The libero has a contrasting jersey in white with black details.

Each grade has five classes, with classes 4 and 5 being college preparatory classes. Periods are 50 minutes long, with a 10-minute break in between. Subjects taught include English, modern Japanese literature, math, and physical education. After graduation, students generally either continue on to higher education or work.

The school's Boys' Volleyball Club was founded many years ago and has often been associated with crows due to the school's name. Its banner, in fact, reads "Fly" which alludes to crows. It was said that Coach Ikkei Ukai had a ferocious pack of crows during Karasuno's glory days.

As a former powerhouse of Miyagi, Karasuno has represented the prefecture at the Spring High nationals nine times. One of those occasions was under the guidance of Coach Ikkei Ukai and Tenma Udai, also known as the "Small Giant" ("Little/Tiny Giant" in the anime), and was famous throughout Miyagi. However, after the initial success, Karasuno failed to pass its prefecture's preliminaries in future tournaments and therefore received the derogatory nicknames "The Fallen Champions" and "The Flightless Crows." It wasn't until five years later did the team finally return to nationals.

For a while, Karasuno did not have a coach due to Ukai's hospitalization after a few months of coaching the previous year. Daichi Sawamura then took on both the captain and the coach's duties until Ukai's grandson, Keishin Ukai, became the new coach. The managers of the team consist of Kiyoko Shimizu, a third-year and the original manager, and Hitoka Yachi, a first-year recruited by Kiyoko after the first tournament.

Karasuno's main rivals within the Miyagi Prefecture are Aoba Johsai High, Date Tech High, and Shiratorizawa Academy. The club's "destined" rival is Nekoma High, which Karasuno has always lost to. Because their animal representatives (cat and crow) are usually found by the dumpster, their matches are called the "Battle at the Garbage Dump." (In the anime it is referred to as 'The Trashcan Showdown.')

Karasuno's strongest attribute is its offensive power, with a heavy focus on attacks such as the quick strike, pipe-line, and synchronized attacks using tempo. It also utilizes uncommon techniques like the Calculated One-Point Two-Setter, the jump float serve, and a libero toss to throw off opponents.

They won the 2012 Miyagi Qualifiers Tournament against Shiratorizawa and advanced to the Spring Nationals. When they got there, they managed to rank in the top 8 of all of Japan after losing to Kamomedai.

They earned two consecutive participations at the Tournament for the next two years. In 2014, they placed in the Top 16 after losing in the third round to Inarizaki. In 2015, they played on center court against Itachiyama in the semifinals, and lost, ranking third nationally.

According to Takeda, Karasuno made it as far as the third round[2].

For Interhigh's Miyagi Preliminaries, Karasuno was registered as team 5, Block A. Their venue was the Sendai City Gymnasium, along with Block B. They played over the span of two days (two games on the first day, one on the second) before losing in the third round to Aoba Johsai. Overall, they placed within the top 16.

For the first preliminary, Karasuno was registered as team 19, Group 4. Their venue was Kaji High School Gymnasium, along with Group 5. Because they placed within the top 16 during the Interhigh Preliminaries, they were exempt from the first round of games and played only two matches. After winning their matches against Ohgiminami and Kakugawa, they were allowed to move on to the representative playoffs held in October.

For the representative playoffs, Karasuno was registered as team 10. They played at the Sendai City Gymnasium over a span of three days (one game on the first day, two on the second, one on the third). After winning all their matches, they became Miyagi Prefecture's Representative for the Spring High National Tournament.

For nationals, Karasuno was not exempt from the first round.

Karasuno lost in the finals of the Interhigh Preliminaries to Date Tech, who went on to place Top 16 at Nationals[4].

Karasuno encountered Inarizaki once more in the Third Round and lost, thus placing in the Top 16[4].

Karasuno played on Center Court for the first time. They lost to Itachiyama and finished 3rd in the nation[4]. 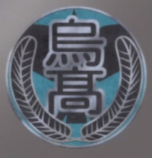 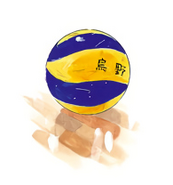 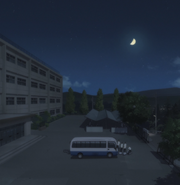