Nekoma, like most Japanese schools, has a uniform and dress code. The male uniform consists of a white shirt, red tie, black sweater vest, dark blue blazer, and grey pants. The female uniform, meanwhile, appears to have a light (likely white) top and matching collar, with a bow at the neck and a darker skirt.

The boys' volleyball club's uniform consists of a red tracksuit with white details with the school name written on the back of the jackets and the club written along the sides of their track pants (this trait was not present in the anime). The members wear black t-shirts and red shorts during practice matches and often don a blue sports bib on top. During official matches, the majority of players wear a red jersey and shorts with black details. The libero has a contrasting jersey in white with red and black details.

Due to the players' flexibility and solid receives and digs, the Boys' Volleyball Club team is nicknamed "The Cats," which is also an allusion to the school name. The club banner reads "Connect", which often refers to the connection of plays.

Nekoma and Karasuno are said to be "destined rivals" because of the longtime competition between their respective coaches, Yasufumi Nekomata and Ikkei Ukai. Since the two teams' animal representatives (cats for Nekoma and crows for Karasuno) are animals that are usually found at the dumpster, the matches between the two teams are often called "Battle at the Garbage Dump" or "Trashcan Showdown" in the anime English dubbing. So far, Karasuno has never won against Nekoma in their practice matches. However, the teams have not played against each other for a noted while until recently during the current time period when Nekomata returned from retirement (it was noted that when Kuroo and the other current third-years were second-years, Nekomata had not yet returned to coach the team).

Before matches, to "set the mood", Nekoma players would always recite the chant: "We're like the blood in our veins. We must flow without stopping. Keep your oxygen moving and your mind working"[1]. The English dubbing has re-phrased this chant to: "We are plasma. Let's make our motions fluid. Keep the oxygen flowing so the brain can work to its full potential."

Nekoma lost in the Tokyo Prefecture Interhigh Preliminaries in the quarterfinals, but the third-years decided to stay in the team for a chance to participate in the Spring Tournament.

Nekoma qualified as the host representative for the Spring High. Due to Tokyo's size and it being the usual host for the tournament, the prefecture gets three representative spots; so although Nekoma lost to Fukurōdani Academy in the semifinals, they defeated Nohebi Academy in the third place match and therefore qualified for the tournament along with Itachiyama Institute and Fukurōdani.

Nekoma is also a member of the Fukurōdani Academy Group, which is composed of teams from the Kanto Region; including Fukurōdani Academy, Shinzen High, and Ubugawa High. For years, the schools have been holding summer training camps and practice matches with one another.

Nekoma is said to have lost on the second day of the Inter-High Preliminaries against last year's winners[3]. It is commonly believed that Nekoma lost to Itachiyama. However, there is no official indication of which team Nekoma lost to.

For nationals, Nekoma wasn't exempt from the first round. 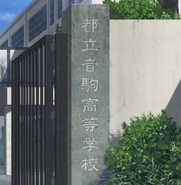 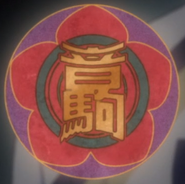