Puyopuyo!! Quest is a color matching game where players match five types of "Puyo" (red, blue, green, yellow and purple) on a 6x8 square grid. When four or more "Puyo" are matched together, they disappear and create an ally card attack based on their color and points. 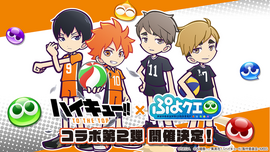 The following cards were available to unlock within the game[3][4]:

The following Haikyū!! characters appear in the game[5]: 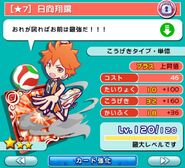 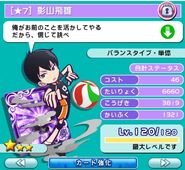 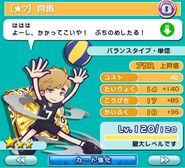 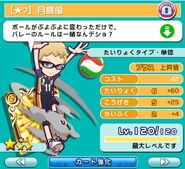 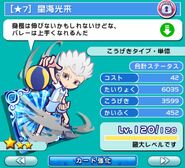 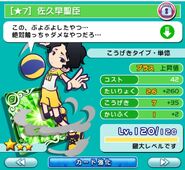 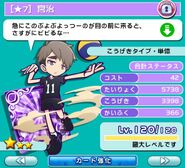 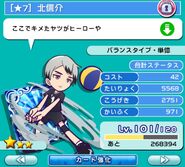 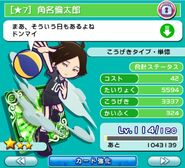 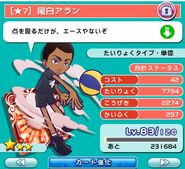 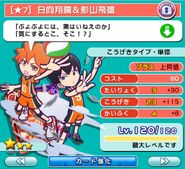 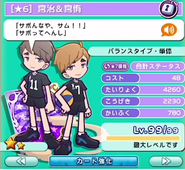 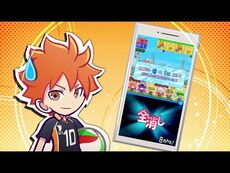 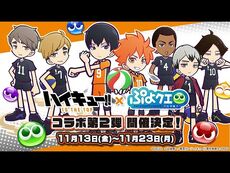