Chapter 402 includes a colored double spread of every team, including Shinzen, and their school colors are revealed to mainly consist of green.

In the practice matches during the Tokyo Training camp, the volleyball players are seen wearing a white t-shirt and pale green shorts, with a light pink sports bib on top.

Shinzen players are masters at using combos. One of their combination plays is the synchronized attack, which is when all the spikers move at once to spike, leaving the opponents confused and making the attack unpredictable.

Shinzen High is a member of the Fukurōdani Academy Group, which is composed of teams from the Kanto Region. For years, the schools have been holding summer training camps and practice matches with one another.

They lost in the finals of the Spring High Saitama Prefecture Representative Playoffs in full sets to Higashihara High School.

Shinzen played 64 sets against Nekoma, Fukurōdani, Ubugawa and Karasuno, with the final score being 29 wins and 35 losses. 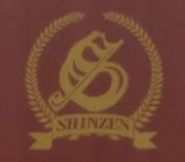 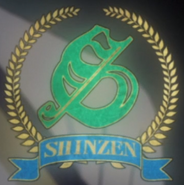